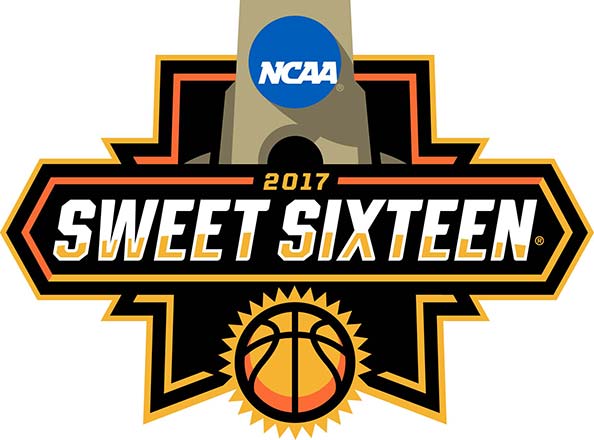 March Madness: All Top Seeds Advance Except for One

The Sweet Sixteen is the round which separates the men from the boys in this tournament. The ones who might have scraped by the first two rounds will need to prove themselves in order to advance. With 12 of the 16 teams being top-four seeds or better, there is no shortage of elite teams remaining. Who made it out alive on the first day of the Sweet Sixteen?

First off, this coaching matchup is fascinating. Sean Miller, Arizona head coach, is the former coach for the Xavier Musketeers. He coached there from 2004-2009. In fact, the last time Xavier advanced past the Sweet Sixteen was under the mentorship of Miller in the 2007/2008 season. Now Miller faces his former team on the biggest stage of the season. Xavier was able to avenge their former head coach who left to Arizona and pull off a shocking 73-71 win.

This game was tight all the way down to the wire. Through 15 minutes of the second half, the largest lead was four points when Xavier led 61-57 with 7:09 to go. At that point, Arizona rattled off a 12-0 run to make the score 69-61 with 3:45. Arizona was rolling at this point and was on the brink of putting this one away.  The most difficult part of this tournament is putting away a team that is fighting for their lives. All of a sudden, Arizona couldn’t make shots and Xavier took full advantage of their cold spell. Arizona found themselves playing ultra conservative and milking the clock down the stretch. With the offense moving slower than usual, they were not able to get the shots they wanted. The two-seed went on to score only two points for the rest of the game, while Xavier hit fire. The game ended on a 12-2 run for Xavier including a go-ahead layup by Sean O’Mara, Xavier forward, with 44 seconds remaining. The Wildcats received one more opportunity to win the game on their final possession but Allonzo Trier, Arizona forward, missed a three-pointer to end the hopes for Arizona.

This was the final possession for Arizona.

Xavier is in the midst of the most impressive run in the tournament. Being seeded number 11, the Musketeers faced a tough road to get to where they are now. With upsets of the third-seeded Florida State in the second round and second-seeded Arizona, this team is the cinderella story of the tournament.

This is one of the heavyweight matchups scheduled for this round. Gonzaga was one game short of an undefeated season while West Virginia runs one of the most intense press defenses in the country. With two elite teams battling it out, you can expect this game to go down to the wire. Gonzaga was able to outlast West Virginia 61-58.

These two didn’t disappoint. Gonzaga led for the majority of the way but the Mountaineers were never too far behind. West Virginia hung around with the top-seeded Bulldogs and found themselves taking a three-point lead with 5:56 to go. Gonzaga tied the game with a free throw and a made shot to make the score 52-52 with 5:01 on the clock. Both teams locked down defensively, but both found their stroke from three. Gonzaga trailed 58-57 after a Jevon Carter, West Virginia guard, hit a clutch three off a Gonzaga turnover. With a deficit in sight, Gonzaga did what they’ve done all season and find a way to win. The team went on a 4-0 run and shut down the stymy Mountaineers to advance to the Elite Eight.

Now Gonzaga will face the cinderella story, Xavier, on Saturday to determine who wins the West region and advances to the Final Four.

Both teams came into this matchup with impressive wins along the way. Michigan is coming off a big upset of the two-seeded Louisville Cardinals and a tight win against Oklahoma State prior to that. While Oregon held off a very good Rhode Island team with the absence of the team’s leading shot blocker in Chris Boucher.  The rest of Oregon is stepping up in his absence and they continued tonight with a tight 69-68 win.

These two have relied on their strong guard play to carry them this far in the tournament. Tyler Dorsey, Oregon guard, and Derrick Walton Jr., Michigan guard, have led both teams in scoring through this point and nothing changed in this one. Dorsey led his team with 20 points in the game including a layup to take a 69-68 lead with 1:07 left. Michigan and Walton Jr. faced a one-point deficit and had possession with the clock winding down. Michigan let Walton Jr. find an open shot in an isolation situation and made a move to get a good shot. However, Walton came up a bit short. Michigan’s season ends on this one possession and Oregon found another way to move on.

Here are the highlights of the final minute of the game.

The game-winning shot attempt was one of many in this tournament, but like the rest, the ball couldn’t find the net. So far in the tournament, not one team has won on a buzzer beater shot.

There’s not a better team playing right now than Kansas. This team has unmatchable firepower and depth in their backcourt. Led by Frank Mason III, who is the favorite to win player of the year this season, their team of guards can take over any game at any time with relentless shooting and ball movement. Purdue got a full taste of the Jayhawk recipe to success and took a 98-66 loss to end their season.

Kansas’ two starting guards, Mason III and Devonte’ Graham scored 26 points each while shooting 9-14 from three combined. On top of that, Josh Jackson, Kansas forward, did his thing with 15 points and 12 rebounds. Purdue’s presence inside the paint is their greatest strength. So, it is very impressive for Jackson to come down with 12 rebounds which played a factor down the stretch. Even with the final score so lopsided, this game was close early in the second half. With about 16 minutes to go, Kansas only led 53-51 and Purdue outscored Kansas by five at this point in the second half. Right at this point, something clicked for Kansas because they dropped a scoring bomb on them to quickly put this game away. In just six minutes, Kansas went on a 21-3 run with each score finishing with either a Mason III made shot or assist. The senior guard orchestrated an unbelievable stretch which is actually nothing new for him this season. With Mason III running this highly skilled and athletic team like he did tonight, there’s not much an opposing team can do to stop it. Purdue is a really good team that could have beaten just about any team left in the Sweet 16. There was just nobody stopping the Jayhawks at this point in the tournament.

Kansas and Oregon will meet in the Elite Eight for the Midwest Regional championship. It will be tough for Oregon to keep up with Kansas, but they are a very experienced team coming out of the Pac 12. With teams like UCLA and Arizona in the conference, high-scoring offenses will be nothing new for the Ducks.