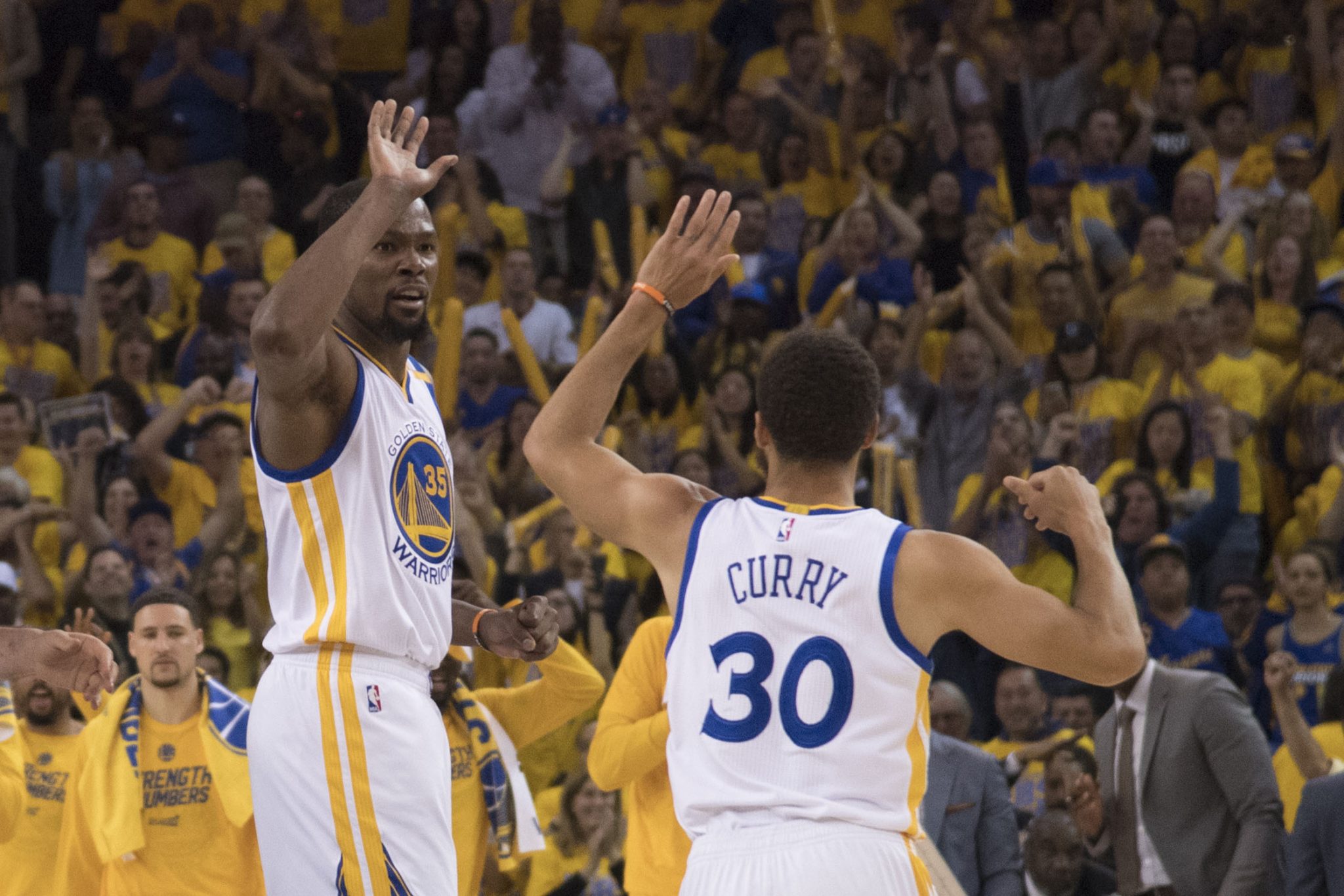 With 7:05 to go in the second quarter, David West fouled Kawhi Leonard to send him to the line. Leonard stepped up and hit both free throws to give San Antonio a 46-21 lead. About 99 percent of the time this lead would be insurmountable.

Golden State is the exception. Their offense is dangerous enough to come back from any deficit. They kicked it into high gear and came all the way back to break the hearts of the San Antonio Spurs, 113-11.

The team’s playing in the first half looked nothing like the team’s in the second. San Antonio absolutely dominated the Warriors out of the gates. They went up big early in the second quarter thanks to a 16-5 run in the first five minutes of the quarter. The Spurs used their star players, Kawhi Leonard and LaMarcus Aldridge, to take control as they went into halftime up 62-42.

Everything changed for San Antonio early in the third quarter. With 9:51 to go, Kawai Leonard takes a three-point jumper from the corner but comes down funny on his left ankle. The same ankle that caused him to miss game six of the Spurs’ last series against Houston. Leonard looked shaken up but decides to stay in the game. Two minutes later, Leonard takes another three and lands awkwardly on a Zaza Pachulia’s foot which was actually called a foul on Pachulia. The Spurs’ leading scorer didn’t get up from this rough landing and was immediately helped to the locker room. His ankle officially became reaggravated and San Antonio’s leading scorer couldn’t return.

Leonard was in the midst of a great game as he totaled 26 points, eight rebounds, and three assists with a whole second half in front of him. Instead, his performance will be overshadowed by the incredible comeback by Golden State.

The Warriors did not find much from their supporting cast early. Also, Kevin Durant came out cold in his first western conference final game with the Warriors. When things aren’t going well for Golden State they like to rely on their two-time MVP, Steph Curry. He and the Warriors found their groove by winning the third quarter 39-28 with 19 points coming from Curry. Even though the lead was cut in half, Golden State still trailed 90-81.

Curry getting going gave the team a jolt of confidence which led to Kevin Durant finally finding his stroke. Without Leonard in the game, the Spurs don’t have much of a defensive presence at the forward position which caused Durant to score at ease. Golden State continued to take back the lead after Durant scored 10 straight points down the stretch for the team. With 4:09 to go, Durant hit another clutch shot to finally give Golden State the lead at 101-100. San Antonio kept it close to the very finish but couldn’t find a way to win in Golden State. Curry finished the game with 40 points while Durant scored 34 as well. This offensive duo scoring 70-plus points with the rest of the Warriors is practically an unbeatable equation.

Blowing a huge lead to start a series is one of the worst ways to start off a series for the Spurs. Knowing they were so close but still losing by a huge margin to end the game is hard to overcome. Not only is their morale shattered, but the status of their star player is unknown from here going forward. Gregg Popovich is one of the best coaches in the history of the NBA. However, he has a tall mountain to climb in order to come back and compete with the Warriors.

The 25-point comeback is one of the all-time great comebacks in the history of the NBA playoffs. Only four times has a team found a way to win after losing by 25 points or more in the playoffs. One of those came earlier in this year’s playoffs. The Cleveland Cavaliers trailed the Indiana Pacers in game three of the first round by 26 and still found a way to win. Impressively, they made their comeback on the road.