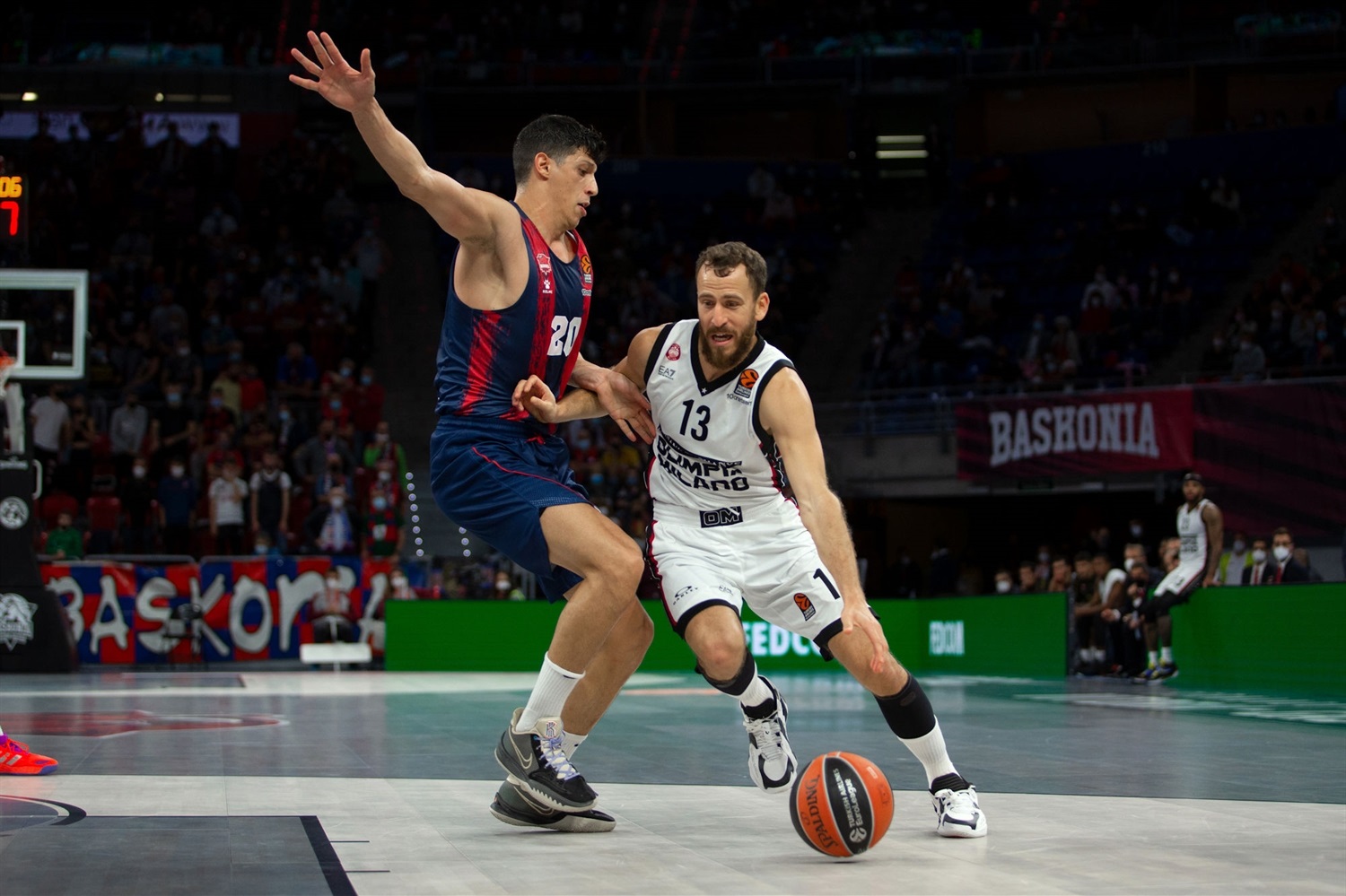 Four of the five Euroleague games won by visiting teams

Road warriors came to the fore on Friday night, with four of the five games won by the away teams. The most dramatic was taken by CSKA Moscow, which holds firm to win a battle of recent champions, 96-100, at Anadolu Efes Istanbul.

AS Monaco, LDLC ASVEL Villeurbanne, and AX Armani Exchange Milan were also road winners, all improving to 2-0 as a result.

Olympiacos Piraeus was the only team to win at home on Friday, overcoming Real Madrid, 74-68, and staying perfect so far.

In a thriller that needed overtime to determine the winner, AS Monaco stayed undefeated in its first Turkish Airlines EuroLeague Regular Season by downing UNICS Kazan 80-88 on the road on Friday. Monaco improved to 2-0 in the standings while UNICS dropped to 0-2. Donta Hall led the winners with 16 points. Mike James added 14, Paris Lee 12, Brock Motum 11, and Danilo Andjusic 10. Mario Hezonja led UNICS with 17 points. John Brown added 14, Lorenzo Brown had 13, while Isaiah Canaan and Andrey Vorontsevich each had 10 for the hosts. An outstanding Andjusic allowed Monaco to get a 15-18 lead at the end of the first quarter. John Brown and Lorenzo Brown fueled a 7-0 run that put UNICS ahead, 32-31, but Donatas Motiejunas and Rudy Demahis hit a buzzer-beating three from beyond midcourt – restored a 35-39 Monaco edge at halftime. Hezonja scored 10 points in the third quarter, getting help from John Brown and Canaan to put UNICS in charge, 58-50, after 30 minutes. Leo Westermann, Motum, and Hall allowed Monaco to get a 72-73 lead with a minute left. Hezonja scored down-low, and James split foul shots to send the game to overtime, 74-74. James, Hall, and Lee made the difference in crunch time.

Despite missing two stars, CSKA Moscow rose up to win a thriller, 96-100, on the court of defending champion Anadolu Efes Istanbul to claim its first victory of the new season on Friday. CSKA evened its record at 1-1 while Efes fell to 0-2. The visitors led by a high of 16 points late in the third quarter but had to withstand a furious late rally by Efes to take the victory back to Moscow. Toko Shengelia had 23 points, and Will Clyburn added 18, while Johannes Voigtmann and Iffe Lundberg scored 17 each for the winners. Efes wasted a 32-point show on a 7-for-11 three-point shooting from Vasilije Micic, while Adrien Moerman added 14 and Shane Larkin 12 for the hosts. CSKA lost big man Nikola Milutinov to injury in Round 1 and traveled without major off-season acquisition Marius Grigonis to Istanbul, while Efes was without Krunoslav Simon.

LDLC ASVEL Villeurbanne survived a battle on the road and knocked off ALBA Berlin 67-71 to improve to 2-0 to start the season. ASVEL struggled with 20 turnovers, but the team’s defense held strong. Chris Jones scored a career-high 24 points in the win, and Elie Okobo had 13 points, with Kostas Antetokounmpo chipping in 9 points, four rebounds, and two blocks. ALBA could not make use of a club record 19 offensive rebounds in falling to 0-2. Maodo Lo came off the bench to score 22 points, while fellow reserve Oscar Da Silva had 14 points, six rebounds, and three steals on his team debut.

In a Turkish Airlines EuroLeague classic decided in the final minute, Olympiacos Piraeus held off Real Madrid 74-68 in a jubilant Peace and Friendship Stadium on Friday night. The win improved Olympiacos to 2-0, while Real dropped to 1-1. Neither team held a lead bigger than 6 points until Olympiacos used a 9-0 run midway through the fourth quarter to open a 70-59 margin. Real answered and got within a single possession in the final minute, but the Reds held on thanks to a basket from Sasha Vezenkov, who paced the hosts with 16 points and ten rebounds. Tyler Dorsey finished with 12 points in the victory. Nigel Williams-Goss scored 16 for Real, and Walter Tavares had 15 points and six rebounds.

AX Armani Exchange Milan stayed undefeated by downing Baskonia Vitoria-Gasteiz 64-78 in front of over 7,000 fans at Buesa Arena on Friday. Milan improved to 2-0 while Baskonia dropped to 0-2. Malcolm Delaney led the winners with 13 points, Shavon Shields and Devon Hall added 12 points apiece, while Nicolo Melli had 10 for Milan. Shields also contributed ten rebounds for a double-double. Simone Fontecchio led Baskonia with 16 points. Wade Baldwin and Rokas Giedraitis each added 14, while Steven Enoch had 10 for the hosts. Melli took over early in the game, and Hall struck twice from beyond the arc to help Milan get a 17-19 lead after 10 minutes. Delaney and Hall fueled a 0-10 run which boosted the guests’ margin to 30-38 at halftime. Nothing changed after the break, as Milan increased its margin to 58-68 at the end of the third quarter and then again to 51-66 with under 7 minutes left, enough to seal the outcome long before the final buzzer.