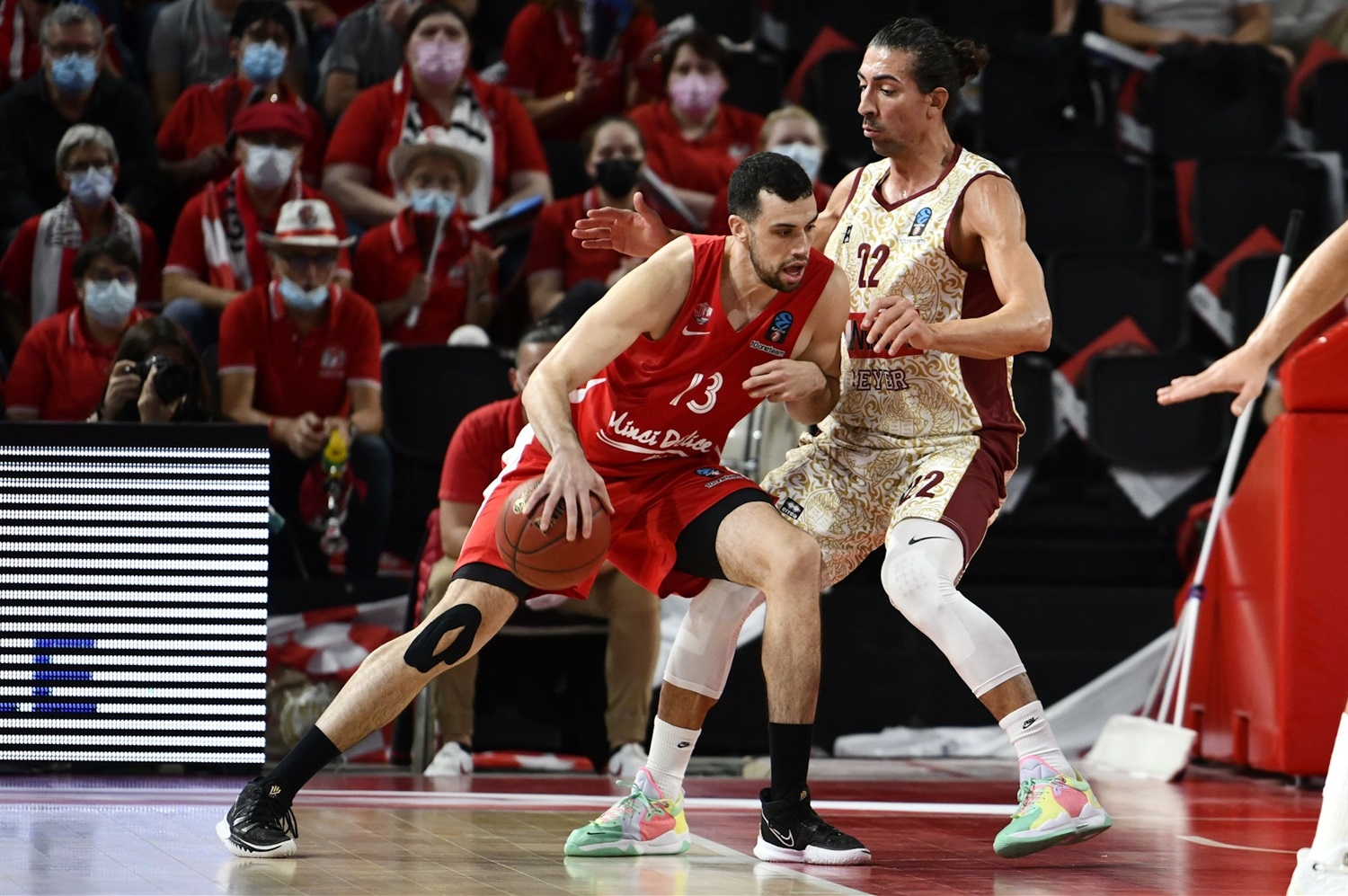 Eurocup recap; four out of five teams win on the road

Lokomotiv Kuban Krasnodar unveiled two new stars on Wednesday in a 93-82 victory over MoraBanc Andorra in the teams’ 7DAYS EuroCup season-opener. EuroCup debutants Johnathan Motley and Darius Thompson were spectacular for the winners, who led by as many as 28 points in the third quarter before easing up in the final stanza. Motley produced 29 points on 10-of-12 shooting, eight rebounds, and two blocks, and Thompson made all 8 of his two-point tries en route to 20 points, five assists, and four steals. Veteran Errick McCollum contributed 18 points and six assists to the winning effort. Codi Miller-McIntyre paced Andorra with 19 points and five assists, and Victor Arteaga added 10 in defeat.

Lietkabelis Panevezys was the last Group A team to strike first in Round 1 as it ambushed Slask Wroclaw in Poland 59-70 on Wednesday in a close game until the final minutes. It was 55-57 with under 4 minutes remaining before Lietkabelis forced its will on the outcome with a 4-13 closing run triggered by a banked-in three-pointer from veteran Gediminas Orelik, who finished with 11 points. Panagiotis Kalaitzakis was the top scorer for the winners, with 12 points, while Kristupas Zemaitis and Vytenis Lipkevicius added ten each. Slask got 19 points from Cyril Langevine, 14 from Aleksander Dziewa, and 11 from Ivan Ramljak.

Virtus Segafredo Bologna shrugged off some big-name absences to start the 7DAYS EuroCup season with a convincing record-setting 83-101 victory at Frutti Extra Bursaspor. Kevin Hervey scored 18 points to pace seven players in double figures for Virtus, without Awudu Abass, Nico Mannion, Ekpe Udoh, Mam Jaiteh, and Milos Teodosic. Marco Belinelli scored 15 points, Amar Alibegovic had 14, Isaia Cordinier 12, Amadeo Tessitori and Jakarr Sampson both picked up 11 points, and Alessandro Pajola added 10 points and seven assists for the winners. The 101 points were the most the team has scored in a EuroCup regular-season game in club history. Allerik Freeman led Bursaspor with 15 points while Omer Al scored 14 points, David Dudzinski 13, Egemen Guven 12, and Onuralp Bitim chipped in 11 points in the Group B loss.

Buducnost VOLI Podgorica had a strong start in the 7DAYS EuroCup, beating ratiopharm Ulm 79-86 on the road on Wednesday. The hosts built a 19-15 lead after 7 minutes thanks to an array of threes, but the visitors reacted quickly with a 0-11 run to take the reins, 21-26, at the end of the first quarter. After halftime, another 0-12 run boosted by Jacob Wiley and Willie Reed set a game-high 19-point advantage for Buducnost, but Ulm fought back and managed to get as close as 79-82, entering the last minute. A three-pointer missed by Per Guenther prevented the home team from completing the comeback, and Justin Cobbs took advantage of that to put the game on ice with a jumper with 33 seconds to go. Cobbs led all scorers with 18 points, to which he added six assists for a PIR of 23. He found great help from Wiley and Dennis Seeley, who contributed 16 and 15, respectively. Reed was one rebound shy of a double-double as he posted 11 points and nine boards for the winners. Jaron Blossomgame led the pace for Ulm with 17 points and nine rebounds. Semaj Christon chipped in 14, Cristiano Felicio added 12, and Thomas Klepeisz provided 11 in the losing effort.

Umana Reyer Venice opened the 7DAYS EuroCup season with its first-ever opening-round road win, downing Mincidelice JL Bourg en Bresse 62-73 on Wednesday night in Group B. Reyer took the lead for good early in the first quarter and led by double figures for the majority of the night. Reyer opened its first double-digit lead in the second quarter and made it a 16-point game in the third before holding off Bourg’s fourth-quarter comeback attempt. Mitchell Watt starred with 16 points and 12 rebounds for the winners. Stefano Tonut scored 14 with five assists, Austin Daye netted 13, and Valerio Mazzola 10 points for Reyer. Rasheed Sulaimon paced Bourg scorers with 11 points, and Pierre Pelos scored 10 in a losing effort.