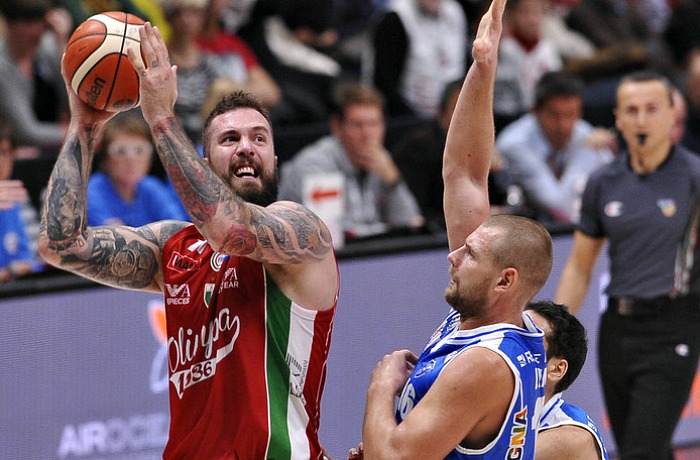 Round 7 of the 2016-17 regular season in the Italian Serie A brought on its fair share of excitement and excellent basketball action. EA7 Armani was able to keep its perfect 7-0 record intact with a 86-77 win at home over Banco di Sardegna Sassari. They hold solo league leadership at the moment. The loss dropped Sassari to sixth place in the standings and they now sport a 4-3 record. Armani had solid first and third quarters to maintain control of the game. Armani capitalized on its rebounding advantage and overcame a huge 25-point game from Sassari’s Darius Johnson-Odom. Miroslav Raduljica and Zoran Dragic paced the Milanese squad with 17 and 16 points, respectively. The depth of talent in Armani’s bench was evident in this win.

This was one of the crucial games of the round. Scandone Avellino was coming off a four-game winning streak and it was abruptly ended by the guests in this game. Both teams had solid 5-1 records heading into this game and this contest altered the standings landscape. Grissin Bon now at 6-1 sits by its lonesome in second place in the standings. Meanwhile, the tough loss at home drops Avellino (5-2) to fourth place.

It was an amazing win and an upset for the fans in attendance, but Grissin Bon dug deep and got by their opponents in this one. They managed to overcome a solid performance by Marques Green, who finished with a game-high 27 points. He accounted for half of his team’s made shots from beyond the 3-point arc, knocking down 7-of-11 shots from deep. Green’s output was almost matched shot for shot by Grissin Bon’s Amedeo Della Valle, who led his club with 22 points. He also had the hot hand in the game making 6-of-11 shots from downtown. The difference maker in this game was how well Grissin Bon took care of the ball. They tallied only six turnovers, compared to 11 by Scandone Avellino.

A team on the rise in the early goings of the season is JuveCaserta. They played one of the more exciting games in the round. It was a come-from-behind win for the guests as they poured it on in the fourth quarter to edge out their hosts in stunning fashion. JuveCaserta is in third place after this key win with 5-2 record. AV Cantu falls to 15th place and now sport a 2-5 record.

Edgar Sosa was instrumental in this win. He posted a laudable double-double performance, with 18 points and 14 assists. Mitchell Watt led JuveCaserta in scoring with 22 points.

Three AV Cantu players recorded double-doubles in this game, making the bitter loss even more stunning. Dominic Waters had 18 points and 12 assists, while JaJuan Johnson and Gani Lawal each grabbed 10 rebounds to go with their scoring output of 15 and 14 points, respectively.

Here are the other results of Round 7 action: