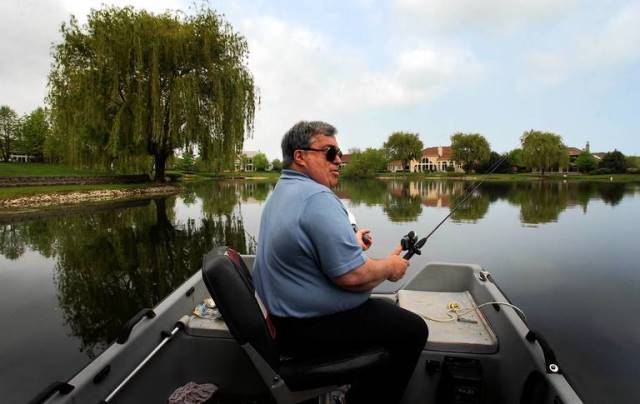 This opinion piece is about: New age basketball metrics and the baseball minded Jerry Krause; the man behind the dynasty of Michael Jordan’s Chicago Bulls, the man with six NBA Championship rings.

Who cares about baseball?

Many in the world do not relate to baseball. It’s considered complicated, too slow, and boring. For those unfamiliar with baseball it’s simple, trust me. It’s you, a ball, bat, and a glove. It’s why so many people in the USA play and why It is the national pastime, the King. It is also simple to analyze, while basketball, by comparison, is not. If you do dig basketball, you must understand that basketball metrics were born from baseball. It’s here you begin to see a reality… and it’s not good.

The man who built the Chicago Bulls Dynasty.

I was like him, a baseball man and he was like me, a fisherman. We were both in love with basketball. Outdoors is where people like us feel most comfortable. Looking back, my childhood basketball happened outdoors, and air conditioning still gives me the creeps. Jerry Krause posthumously NBA Hall of Fame was a man that I admired. Baseball was, is, and always will be logical and measurable. Basketball and its performers for Jerry Krause were seen through the same eyes of the man who could find and trade for, among others, a future Major League Baseball All-Star and Golden Glove Award winner, Ozzie Guillen. It is a feat comparable to his NBA 1987 drafting of Scottie Pippen and Horace Grant. That’s talent. After leaving the Chicago Bulls and returning to ML baseball, he took with him his NBA title rings. Six in a nine-year stretch? One word, DYNASTY.

“You scout the man first.”

To the initiated, baseball and fishing have much in common, as patience in both is either learned or had. Patience invites calm, and calm invites reflection. Jerry Krause was reflective and a great talent scout. He proved that and was unique in that. He was a valued, respected, and accomplished baseball man and a fisherman; both of those chock full of strategy… and he found himself in the NBA. “You scout the man first,” he thought. It’s why he tried hiding (and to isolate himself) in small intimate gyms. He also snooped around and spied prospects on campuses. He had to know by whatever means, and it earned him a certain reputation. I do think he cared what people thought of him, but he hid that. In a super modern image, culture-oriented NBA; he was considered “weird” while in Major League Baseball he was described as “clever.”

From all I’ve gathered and from those I have talked to Krause was a triangular peg in a rectangular space and a short, brazen, and a solitary hunter in a too-tall world. But, pros like him in the open-air baseball universe are commonplace, not the exception. Ask Casey Stengel, Jim Bouton, or Yogi Berra. Indoors, surrounded by the NBA giants, there was at times insufficient “breathing room” for all in Chicago. MJ mockingly called Krause, “Crumbs.” Maybe Jerry would have been more comfortable if only NBA basketball was played outdoors. In Chicago, he did get his Air, but it came with Jordan, and it came indoors. I have questioned specifically those who knew Jerry and wish to thank them.

I also had a few, brief minutes and discussions with Jerry Krause in Chicago. At the Moody College facilities for NBA Pre-Draft camps, we spoke – about baseball. I wish there had been more of them.

If one accepts that baseball is about a simple question, you and a ball, then we can begin. Basketball has many more ingredients. It leads to the questions of, “How to measure all those ingredients? Then how does one interpret them? Here is the very word why algorithms and metrics for basketball can never be truly accurate: Contact. In any one full baseball game, the only human contact between bodies might be the two team managers as they shake hands and exchange lineup cards, pregame; on a basketball court, the contact never stops. Pro Basketball is all about contact. The man behind the great days of the Chicago Bulls didn’t need metrics, he never heard of them. Since childhood, he was, like me, analyzing newspaper reports and black and white box scores (baseball stat sheet for the public) and players and talent.

Baseball and basketball, if anything, are all about finding an edge.

In baseball, if the third baseman on defense is slow or has a weak arm we bunt on him, and we make him run. It is not the same in basketball when you speak of mismatches, stats, or advantages. In basketball, there is an immeasurable contact factor that denies any equating, not to mention the interpretation of that “data.” Basketball play involves a ball, teammates, adversaries with direct physical contact, two baskets, and a time limit; It is above all contact; continuous, immeasurable contact. You can measure everything in baseball, absolutely everything. You cannot in basketball. What I’m saying is that no system no algorithm or anything similar can compare with a well-trained baseball brain.  When some people discuss those great Chicago Bull teams, they argue and say, “MJ was there.” I say that surrounding the Air-icon with excellent drafts, trades and signings was the real, big deal. It was what enabled MJ to triumph. During those great years of Bull’s dominance Krause signed, among others, Phil Jackson, Charles Oakley, BJ Armstrong, Horace Grant, Steve Kerr, Scottie Pippen, Luc Longley, Dennis Rodman, and Toni Kukoc, and, and…

Krause once said, “Organizations win championships; the players, coaches, and team cannot do it… alone”. MJ did not appreciate that. I have met MJ, spent time with him – a professional setting, and attest to the fact that Krause’s job must have been top tier tricky and sticky. MJ is an icon. How do you act around an icon?

Basketball metrics or the head in the fridge and the feet in the oven.

Basketball imitated Baseball: and it’s never a great idea to imitate anything. Basketball metrics, extrapolated from baseball, and their comparative worth and interpretation are half of this discussion. A Hall of Fame Jerry Krause didn’t have them, and it’s highly doubtful they could have made things better. Someone described basketball metrics as, “We can get an average by having our head in the refrigerator and our feet in the oven”. That only scratches the surface. It’s a hint. Understand THIS difference; in Basketball, metrics is not necessarily intelligence. In Baseball it is.

BTW and in closing:

Speaking of Major League Baseball, there is another baseball man in an NBA Front Office, Boston Celtics President/GM Danny Ainge. Three full seasons with the Toronto Blue Jays he has Major League experience on the field. Multi-position players in pro baseball need a comprehensive, thorough understanding of the game. Danny played three positions (me too), but it looks like he couldn’t hit the Major League curveball. One day @16 y.o. the NY Yankees showed up at our door inviting me to sign a contract. I said no thank you. Then I turned pro, played all five spots in basketball… Goes to show ya, ya’ never know.

NBA – I love this game. Rest in Peace Jerry Krause, you are remembered.

Look out kid
Don’t matter what you did
Walk on your tiptoes
Don’t try “No-Doz.”
Better stay away from those
That carry around a fire hose
Keep a clean nose
Watch the plain clothes
You don’t need a weatherman
To know which way the wind blows.