Mickael Gelabale (201 cm, 1983) has come to terms on a 10-day contract with the Minnesota Timberwolves 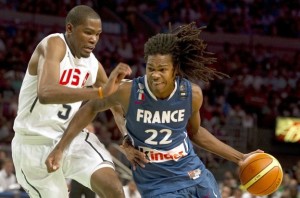 Mickael Gelabale has signed an agreement with Croatian Euroleague participant Cedevita Zagreb. The French National team player will try to achieve Cedevita’s goal to qualify for the second round stage of the Euroleague and also secure one of the top spots in Adriatic League. Matej Mamic, Cedevita’s General Manager, fullfilled the wish of legendary coach Božidar Maljkovic, who insisted on Gelabale’s signing, due to the fact that the two already worked together for two years in Real Madrid in the past.

At the end of August. Martinique will host an international women’s tournament for the National Teams of Curacao (representing the Netherlands Antilles), British Virgin Islands, Turks & Caicos Islands, St. Pierre and Miquelon, Saint Kitts and Nevis, Saint Lucia, Antigua and Barbuda, Guadeloupe, Grenada, Aruba, Anguilla, Montserrat and Bermuda. Plans are made to make this […]