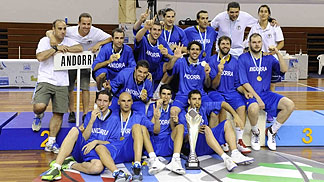 Andorra captured their first title at the European Championship Small Countries Men since 2004 and fourth in their history with a 74-72 over Moldova on Saturday in San Marino. Jaume Tomas Vilana’s team went in front in the first quarter at the Arena Domus and then led by as many as 16 points in the […]

Tirana triumphs in the country as they edged Basket Kamza in three games. The Winner of the Regular Season swept the Final series 3-0. In Game 3 the favorites celebrated a 73:62 win. Tirana opened the game with 20-4 and never looked behind in the game. They had 34:17 midway through the second frame and […]

IT WAS history in the making for the national basketball team last night. Playing under the banner of Easyway, they became the first national side to win back-to-back titles in the Sultan’s Cup after defeating the Wisdom Jade Daycare Wildcats 104-92 in the final at the Brunei Basketball Association court in Batu Bersurat. Esmond Tan, […]

Cook Islands Basketball Federation 2012 Main Season Basketball Championship finals were held on Tuesday night, July 24, and the competition saw some big upsets in the men’s and women’s divisions. The fight for third in the women’s division saw the third-ranked Ngatangiia E-Galz and four-ranked 88FM Boom Boom Baby’s clash. Both teams were going goal […] 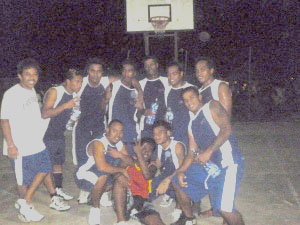 On Thursday afternoon, the open men grand finals kicks off in the Bairiki court. There were two strong teams compete in the final known as Bik Dreams and Betio. Therefore previously, one of the undisbuted team known as Bik Dreams wins the competition mostly approximately 7 years now and never loose from the opponent. Apart […] 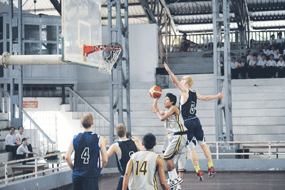 MYANMAR’S basketball federation team (MBF) played two friendly games against a USA youth team last week, part of a two month visiting sports development program by Vision Sports. Despite a lack of basketball culture in Myanmar, MBF held their own against the US team, losing 98-110 on July 5 and 104-106 on July 3 at […]