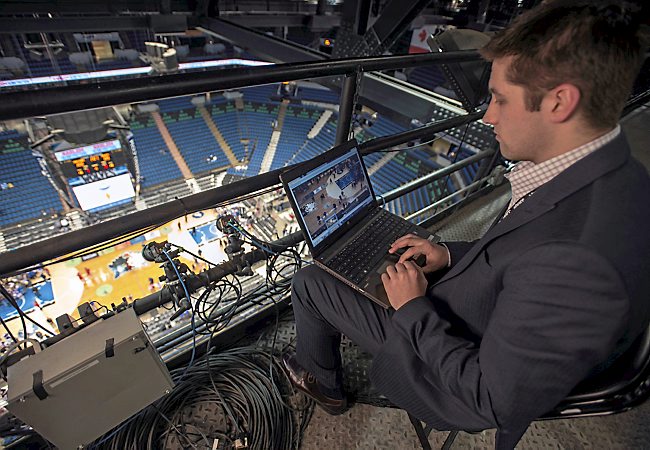 Most people are familiar with basic sports stats, numbers that tell a story of a game. Through the years, as sports evolve, experts have found that these basic stats highlight only a fragment of what transpired. They lack context, and at the professional level, context is everything. Stats cannot be appreciated in a vacuum. Advanced basketball stats are the next level. They provide a multi-dimensional view of the game and the players. The result is a deeper, more accurate, and more comprehensive data set.

The movie “Moneyball” shows how the Oakland Athletics’ general manager Billy Beane used evidence-based statistical analysis to build a team. His innovative approach allowed a small-budget team to be competitive in Major League Baseball (MLB). The trend of using advanced statistics has since spread to other sports, including basketball.

For some time, advanced basketball stats have been used by NBA teams for “smarter” forecasting and better recruiting. The process is complicated and expensive, often out of reach for most fans, players, and clubs. Latest Basketball News is changing that. As a leader and innovator in global basketball news, we will provide advanced basketball stats for every player, team, league, and level in the world. This includes the Euroleague and other FIBA competitions, but also the NAIA and NCAA. We are bringing “Moneyball” to Basketball. Our basketball database is the ultimate scouting tool.

What was the best offensive team during the 2014/2015 Euroleague season? Well, if you look at traditional or basic stats, then CSKA Moscow averaged the most points per game. They also played at the highest pace (more possessions and more shot attempts). But when applying advanced basketball stats, you will see that Real Madrid really was the best offensive team because they scored the most points per possession.

[the_ad id=”68017″]Here is another example; during the 2013/2014 season Drake Diener was the top scorer of the Italian Serie A, but if you look at the advanced basketball stats Keith Langford actually was the better per-minute scorer.

If we go back further in history, most people will agree that Bill Russell and Wilt Chamberlain were among the best rebounders of all time. However, back in those days, NBA teams played at an incredibly fast pace. Teams sometimes averaged 120 points per game. Secondly, field-goal percentages were relatively low, so there were plenty of opportunities to get rebounds. Russell and Chamberlain were the best rebounders of their era, but according to the advanced basketball statistics, the best rebounder of all time is Dennis Rodman. Why?  Rodman was truly dominant at crashing the boards. During the 1994/1995 season, Rodman grabbed an astounding 29.7 % of all rebounds available while he was on the court. Russell grabbed 22.9 % during the 1956/1957 season and Chamberlain only 20.9 % in his best season (1968/1969).

Former ESPN analyst and writer, John Hollinger, says that possessions are the basic currency of basketball. To the layman, a “possession” ends when a team gives up the ball to the other team, whether after scoring, by turning the ball over, or a missed shot that was rebounded by the other team.

Another pioneer of advanced statistics and key basketball metrics is Dean Oliver, author of “Basketball on Paper”. He uses a possession-based analysis when he talks about the four factors that win games.

Those four factors are

So, what is the point of evaluating teams using advanced basketball statistics? This methodology allows for an objective analysis of teams. Some teams play up-tempo and run at every opportunity. Others like to milk the clock and “walk it up”. This influences the numbers of possessions teams will have and the opportunities to score, rebound, and compile other statistics.  Assessing teams on a per-possession basis provides even criteria where teams can be compared regardless of their pace factor or number of possessions they have per game. Advanced statistics go beyond looking at how much teams score per game. On offense, it looks at how much a team would score per 100 possessions. Conversely, on defense, the advanced statistics look at how many points a team would allow its opponents to score per 100 possessions. These statistics are respectively referred to as offensive and defensive rating. Another advanced statistic used to assess teams is Turnover Ratio or the number of turnovers it commits per 100 possessions.

In today’s modern era there are many ways of looking at individual player statistics. One of the more common methods is to measure a player’s stats on a per minute, as opposed to a per-game basis. This has been accepted as a fair basis for the comparison of players.

Another advanced statistic that is widely accepted is the use of Effective Field Goal Percentage (eFG%) instead of the more common FG%. The Field-goal percentage provides incomplete information. It does not take into account the scoring bonus of the three-point shot, which eFG% does. Another measurement of a player’s shooting is True Shooting Percentage (TS%), which not only accounts for three-pointers made but also free throw shots made.

John Hollinger introduced the popular metric of Player Efficiency Rating (PER). It rates players using a formula that computes their positive statistical contributions to their teams, less their negative contributions, while accounting for their minutes played.

Use Basketball Analytics to Find that “Diamond in the Rough.”

The basketball Database goes beyond showing you regular stats and advanced basketball stats. It is also the first source in the world to offer an advanced search tool for players and teams.

Which team in the world had the longest winning streak during the 2006/2007 season and which one won the most overtime games during the 2015/2016 season? Which player was the best per-minute rebounder and which seven-footer had the highest three-point attempt rate? You can find it all at the Game Center.

Want to get more specific? Are you looking for a point guard who is taller than 191 cm (6’3”), younger than 27-years-old, averages more than four assists per game, and has a PER that is higher than 20? No problem. The advanced search tool allows you to combine all kinds of search criteria and stats. You can also filter, rank, and compare the results. These possibilities have never before been offered as such on a global scale. Best of all, just like the entire site, the basketball database website has a responsive design. This means that you can use it on any device.

These are just some of the new features The Latest Basketball News has in store for its readers. Remember, this is the most complete basketball resource on the planet and with an encyclopedic coverage of every league, team, and player across the globe.

Basketball analytics and advanced stats have now become accessible and affordable to everyone.