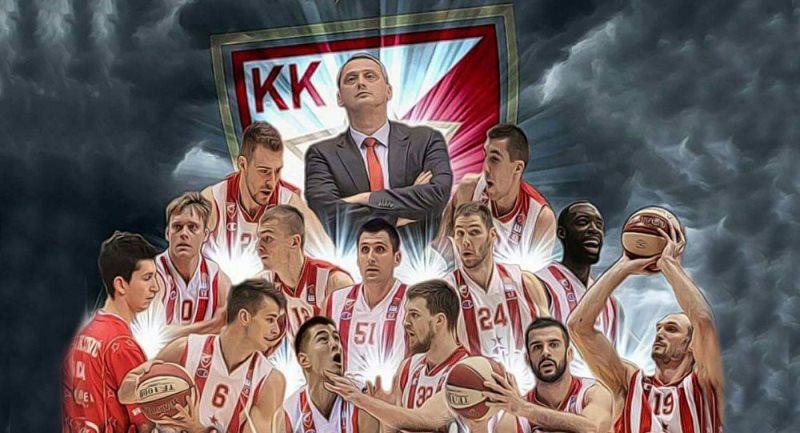 Crvena Zvezda won the Adriatic league in dominant fashion. On their way to the top, they bested many teams, which in their right, are worth mentioning for their noteworthy accomplishments. There are other winners. Teams that broke records and were the best in particular statistical categories. A lot of these achievements go unnoticed or pass us by without much pomp and circumstance. Most of them are only appreciated when seen through the lenses of advanced statistics and basketball metrics, something not ordinarily appreciated by the pedestrian basketball fan. Now let’s take a look at the Adriatic League advanced stats.

The highest-scoring team may not always be the best offensive team.  Some teams prefer to play an up-tempo style of offense, pushing the ball down the floor and running at every opportunity. On the other side of the coin, are teams that like to “milk the clock” and slowly set up their offense in a half-court set. These contrasting playing styles influence the number of possessions in a game and therefore, the opportunities to score, rebound, and compile other statistics.

IT’S ABOUT THE POSSESSIONS

It is fair and balanced criteria to assess teams and what they do on a per-possession basis, as opposed to a per-game filter because they can be compared more evenly, regardless of the pace of the game. The NBA was the first to use these types of advanced basketball stats. Until today no such data was available for the Adriatic League. The Basketball Database website is the first source to introduce it.

LONGEST STREAK IN THE ADRIATIC LEAGUE

Crvena Zvezda stayed undefeated for 20 games in a row in the Adriatic League. Their run came to an end against arch-rivals Partizan, 81-86 on the 5th of February, 2017. Interestingly enough, Partizan was the Adriatic League record holder with 20 wins as well. The two teams from Belgrade now tie that record. The longest losing streak belongs to Krka from Novo Mesto in Slovenia with ten games.

The biggest difference between two teams this season was on the 8th of October 2017. On that day Cedevita beat Zadar with 120-62.

TO RUN-AND-GUN OR GRIND IT OUT?

MORE IS NOT ALWAYS BETTER

The toughest team to score against in the Adriatic League was Crvena Zvezda. Their stingy defense allowed only 93.6 points per-100 possessions. Zadar had the worst defensive rating. They allowed 115.4 points per 100 possessions.

BUDUCNOST WERE SNIPERS FROM THE FREE-THROW LINE

Buducnost played a robust offense which put them at the free-throw line a lot. They recorded a 39.0 free throw rate. That’s the ratio of foul shots to field goal attempts. However,  the best True Shooting Percentage belonged to Cedevita (64.2 TS%). True shooting percentage is a measure of shooting efficiency that takes into account field goals, 3-point field goals, and free throws.

CEDEVITA WERE CHAIRMEN OF THE BOARDS

Cedevita grabbed 52.4 % of all available rebounds (rebound percentage). They were closely followed by Crvena Zvezda (52.0). It is also noteworthy that no team crashed the offensive glass like Mega Leks (32.1 % of all available offensive rebounds). The worst rebounding team this season was Karpos Sokoli with an overall rebound percentage of only 45.9.

THE STATISTICAL CLASH BETWEEN CEDEVITA AND CRVENA ZVEZDA

Defense wins championships. At least that’s what they say. It held true when it came to Crvena Zvezda and the Adriatic League. Their defense was superior, not only in the Adriatic League but even at the Turkish Airlines EuroLeague level. Crvena Zvezda only allowed 107.4 points per possession, and only the two Greek teams, Olympiacos (108.2) and Panathinaikos (108.6) came close in that category. One can say that Crvena Zvezda had the best defense in Europe this season. Maybe even in the world, with the exception of the NBA and NCAA. In the finals of the Adriatic League Crvena Zvezda faced the best offensive team, Cedevita Zagreb. That team scored the most points per 100 possessions, averaged the most points per game, had the highest True Shooting percentage, were the best rebounding team, and ranked second in free throw rate. But it was not enough. The defense of Crvena Zvezda was simply too much for them to handle. The red and whites also were a rebounding force and had the lowest turnover ratio in the league with 14.3. That means that they turned the ball over only 14.3 times per 100 possessions. At the same time, they also ranked 1st in Assist rate with 20.7% (assists averaged per 100 possessions). The conclusion is simple, Crvena Zvezda has an incredible and dominating defense, was a force in the rebounds category, and played well together as a team with lots of discipline. They simply don’t give away anything for free. Can anybody challenge Crvena Zvezda during the upcoming Serbian Championship? Time will tell, but for now, the odds are in their favor as all of the Adriatic League advanced stats point their way.

These are just some of the advanced statistics that we have available. For more, please visit the Basketball Database.