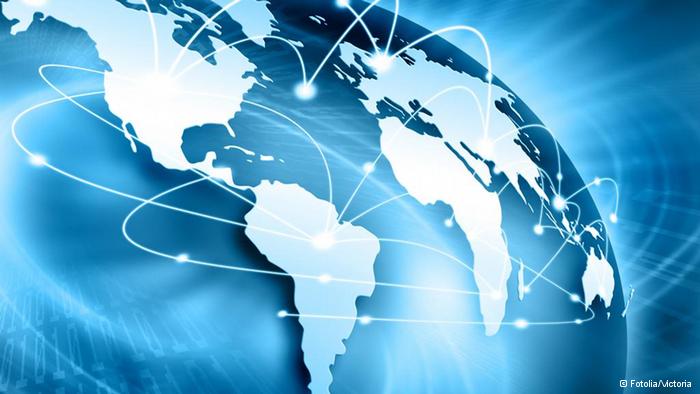 Basketball globalization is part of a trend. International sports is currently going through a revolution. It is in a transitional phase with many problems, conflicts of interests, and dilemmas. Sports is as much about global economy and politics, as it is about sports itself. After all, sports is just a reflection of the real world around it. Let’s go back to the year 1989. That was the year that the Berlin wall fell and the collapse of the Communist system. Until the fall of the Berlin wall, sports was transparent and clear. There were basically two models: The American one, and the European.

ORIGIN OF THE CLUB:

2-THE END OF COMMUNISM

With the fall of the Berlin Wall, the cold war between the Capitalist West and the Communist East ended. No more communism, or socialism. Only Capitalism. That system had won. As a result, Europe (and in particular the European Union) adopted the market economy and one of the effects of that was globalization. Nobody realized at that time, that the old European sports model died and was being replaced by the American commercial model. We are still going through this transitional phase and it has caused a lot of chaos, frustration, and tension on every level imaginable. Basketball globalization has had a particularly strong effect in two very important areas: Financial and legal.

FINANCIAL: With the end of the cold war sports lost its role as a tool of propaganda. Therefore, politics started to withdraw from professional sports. With the withdrawal of politics from European sports, the clubs also lost their main source of income. Also, because the EU didn’t want professional clubs to be “sponsored” by governments any more. Instead, they should generate their own income just like commercial companies. As a result, many European clubs have financial problems and the gap between the rich clubs and the poor clubs has become enormous.

LEGAL: In the past, international transfers of players were very complicated and sometimes even forbidden. Even domestic transfers from one club to another were sometimes not possible. Consequently, the European sports market was a closed and protected one. The EU and the effects of globalization changed that. In the EU the principle of free movement of goods, services, and money is a fundamental one and the EU will fight anything that looks like protectionism. At the end of the last century, the European sports market broke open as it was decided that all EU athletes should be regarded as “domestic players” in every EU country, rather than “foreigners” or “imports”. It basically meant that a team could no longer be restricted to having only two foreigners. Now, it could now have as many foreigners as it wanted, as long as they were players from other EU states. This was revolutionary. It meant that expensive and protected domestic players now had to compete with cheap players from other parts of the EU. As a result, the price of overpaid domestic players dropped dramatically, while that of underpaid players from other EU countries started to rise.  At the same time, it also meant that the richest clubs in Europe could buy all the best players. It provoked a huge sports migration from North to South, from Small to Big, and from Poor to Rich.

Since we are living in a system of a market economy and since sports clubs have lost their “special protected status” they are rapidly moving in the direction of the American sports model. Some clubs understand this and have started to adjust to the new situation. Others are still trying to hold on to the old European model. Indeed, many European clubs have now transformed into corporations. They have shifted their goals to a more commercial model, rather than only a result-driven one.

Very few players who now play for their clubs, actually come from that city. Instead, they come from all over the world. Bamberg, the Bundesliga champion of 2011/2012, had an American coach and no German players in the starting line-up.

With the commercialization and Americanization of European sports clubs, the fan base is also changing from tribal/masculine to social/feminine.

Germany is a good example of that. Many games in the Bundesliga are sold out, despite the fact that the home team is not always winning. The fans in the arena are no longer exclusively men and of fighting age, but entire families. The games are no longer a tribal war, but a mix of a social event, a family day, networking opportunity, and entertainment. It is a deliberate choice. After all, a family spends much more money together than one single warrior. It is a natural evolution for a club that adopts the American sports model.

If the European sports model is transforming into the American one, then we need to look at the American business model to understand the process. Why is the transition is so painful and turbulent? There are three important factors at the base of the business model of American professional sports:  a) Economic hinterland b) TV rights c) Merchandising

CONCLUSION: Many countries are too small to successfully adopt the American business model. At least on a NATIONAL level, but on an INTERNATIONAL level, it is another story.

With the breakup of the former Yugoslavia, the top teams there found themselves in a position that their “hinterland” shrunk. Many clubs struggled and some went bankrupt. Each country would be dominated by only one or two teams. As a result, the national league was boring and predictable. Financially everybody took a free-fall. The top teams were unchallenged in the domestic championship but couldn’t compete internationally. Each country had the same problem. Their solution was to come together and form a regional league called the Adriatic league. This Adriatic league was a success. It practically saved basketball from a total collapse in the former Yugoslav republics. Every Adriatic League team now has a basketball market that is many times bigger than their domestic one. Games are competitive, the media coverage is much better, and in turn, the commercial potential is also higher. On an international level, the teams started to be competitive again. Partizan Belgrade broke the attendance record in Europe with 23.000 spectators at a game, and even qualified for the Final 4 of the Euroleague. During the 2012/2013 season, Maccabi Tel Aviv from Israel also participated in the Adriatic league and Szolnok from Hungary will do so during the following season. Both these teams (and Nymburk from the Czech Republic that participated in 2010/2011) are not seriously challenged on a domestic level. They are too big for their own small countries.

A similar development has taken place in North-Eastern Europe where the Baltic league was formed. Now, they have taken a further step and formed the VTB league which includes many top teams from the former Soviet Union! This process will continue until there is a true Pan-European league, which in fact already exists in the form of the Euroleague. A place where all the talent, media coverage, and money is concentrated. Domestic leagues will be second rate and will only serve as a way of qualifying for the Pan-European leagues. A typical example of Basketball Globalization. The winners are the top teams in each country with international ambitions. The losers are all other professional teams.