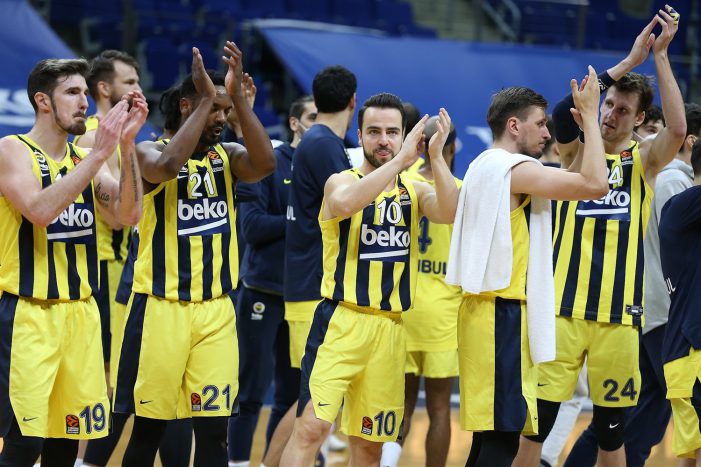 Fenerbahce continued its unstoppable run in the EuroLeague and extended its winning streak to 10 games, maintaining a top four push. The Turks survived a late thriller against ALBA Berlin and protected their home court to win the game (89-85). Even though the hosts earned a double-digit lead early in the second half, the Germans […] 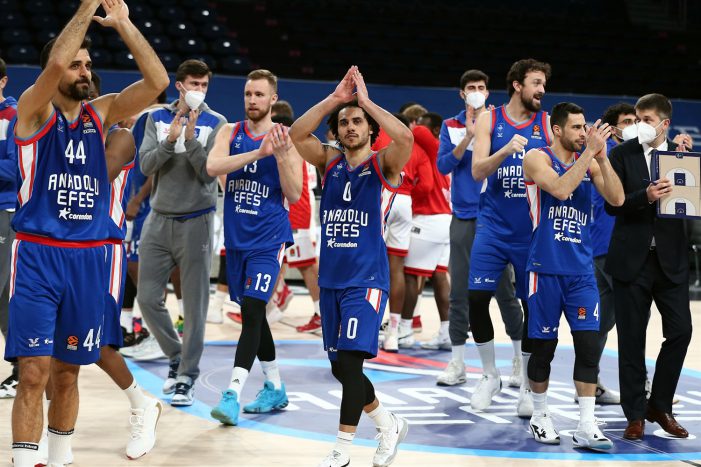 Anadolu Efes has cemented its place in the EuroLeague playoff zone, thanks to its third straight win in the competition. The Turks maintained their momentum in the EuroLeague after dominating Olympiacos at home (76-53). Efes came back from a 15-point deficit in the first quarter (11-26) to rally past the “Reds”. A 24-2 run in […] 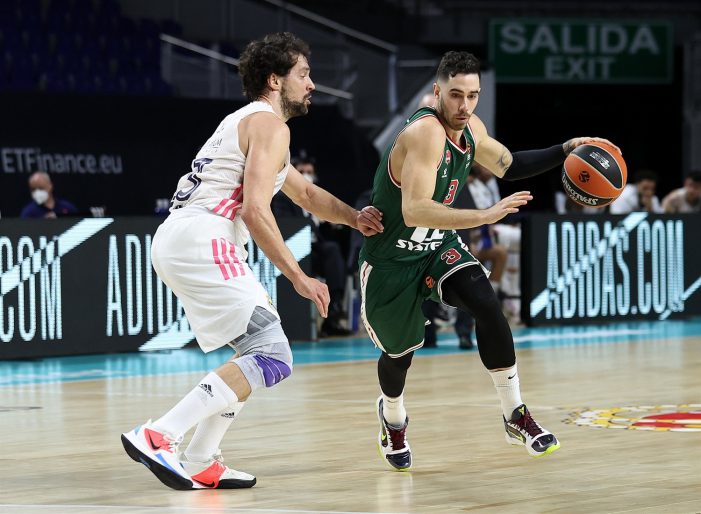 Baskonia decimated Real Madrid at Wizink Center on Friday night and remained alive in the race for the EuroLeague playoffs. The Basques rallied past the “Whites” (64-84) and snapped a four-game losing streak on the road. Baskonia took a double-digit lead from the opening quarter (15-28) and never looked back. Real cut the deficit to […] 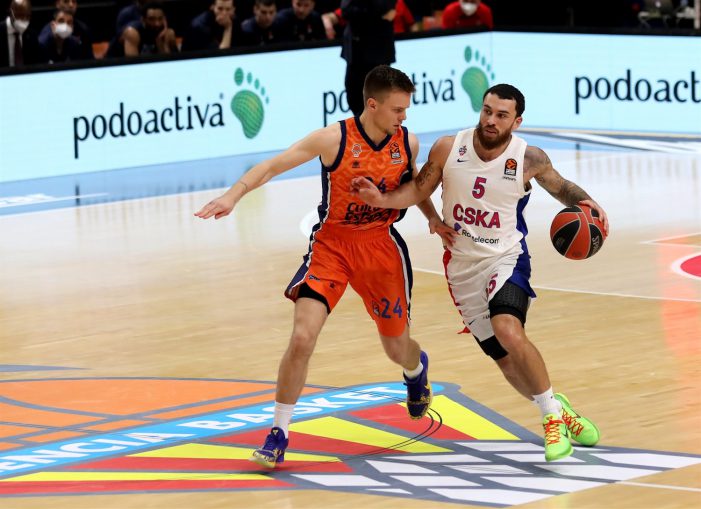 Mike James had a career night in the EuroLeague, but Valencia stood tall and earned a much-needed victory in its effort to enter the playoff zone. Valencia and CSKA Moscow fought tooth and nail for the win at La Fonteta, with the Spaniards prevailing in double overtime. Despite the hosts leading by 15 in the […] 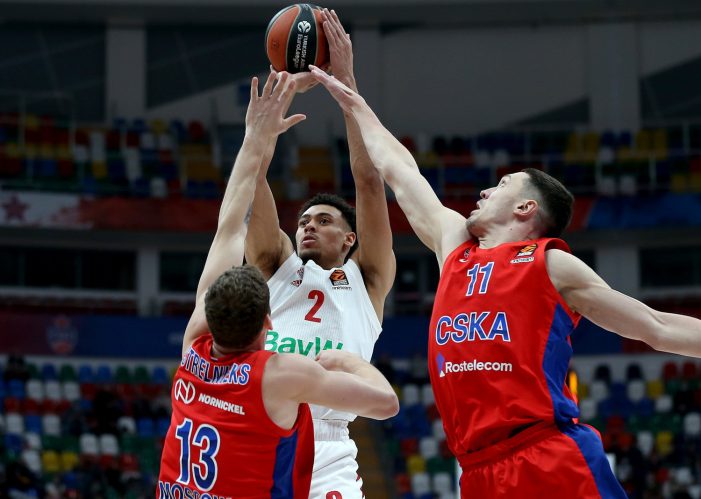 Bayern Munich upset CSKA Moscow on the road (66-69) and maintained its top four push in the EuroLeague. In a hard-fought battle in Moscow, the Bavarians were down by 10 after three quarters (60-50). Yet, the visitors bounced back and outscored the Muscovites 6-19 in the fourth quarter to earn the victory. As a result, […] 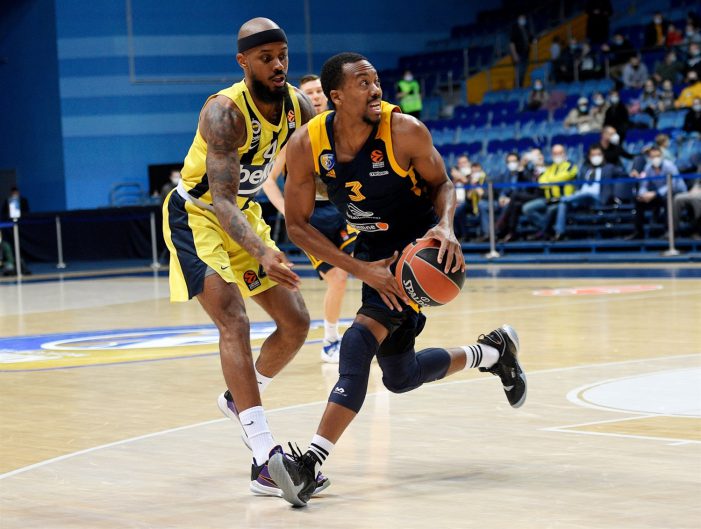 Khimki is officially out of playoff contention, after suffering a record 15th straight defeat in the EuroLeague on Thursday night. The Russians were decimated by Fenerbahce at home (76-107) and lost for the 15th straight time to drop to 2-21. Therefore, they now hold the record for most defeats in a row in the EuroLeague. […] 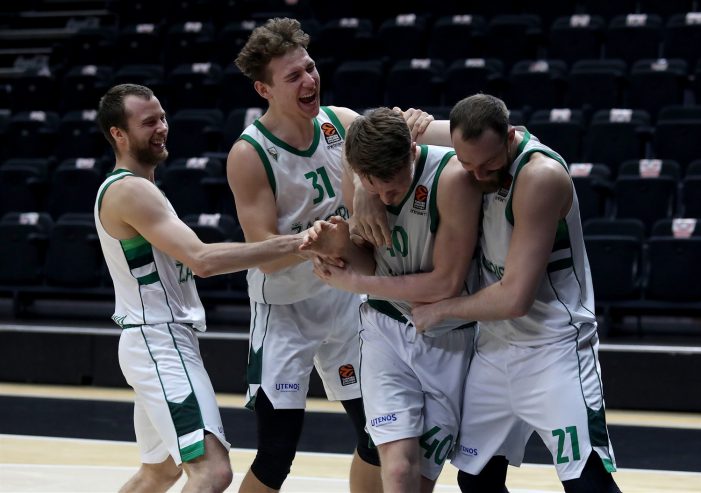 Marius Grigonis hit the game-winner against Valencia and kept Zalgiris Kaunas within the playoff zone in the EuroLeague. Zalgiris led by seven with 43 seconds to go in the contest (70-77). Yet, Valencia went on an 8-0 run and took the lead, with 3.3 seconds left. After a Zalgiris timeout, Grigonis hit the jumper at […] 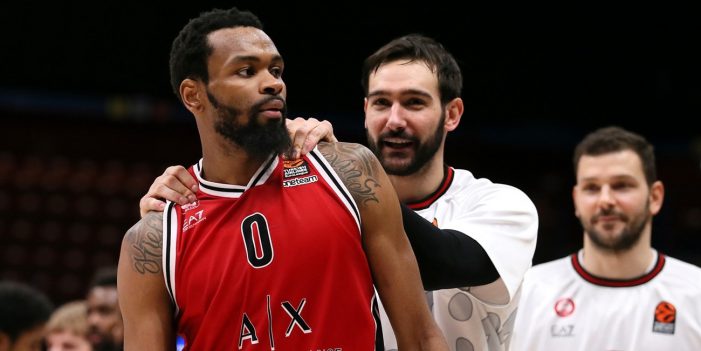 Kevin Punter made the best performance of his EuroLeague career and helped Armani Milano rally past Olympiacos at home (90-79). Punter went for a career-high 27 points (8/12 shooting) and a PIR of 33, also a career-high. Armani led by as many as 18 points (44-26) , but the “Reds” turned things around and cut […]