Euroleague pre-season is in full swing The Euroleague starts on October 6, and the preseason is in full swing. Check out the latest preseason results for the 18 teams. In Desio, Italy, EA7 Emporio Armani Milan thrashed Varese 100-73 during the Lombardy Trophy. Brandon Davies and DeShaun Thomas led the winners with 21 points apiece. Billy Baron had 16, Davide Alviti […] 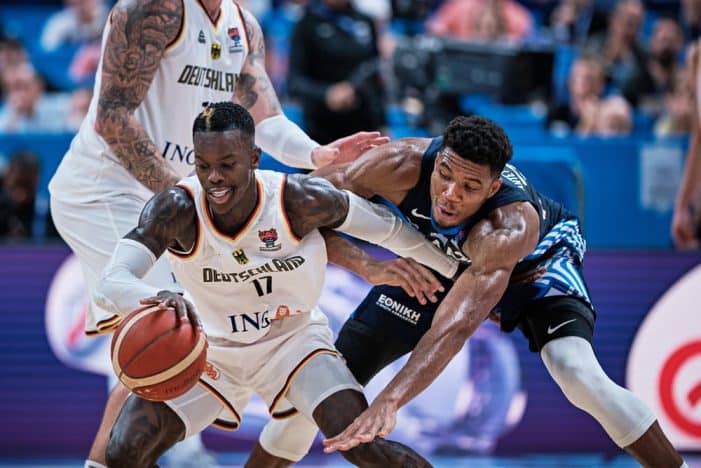 Superstar Giannis Antetokounmpo was not enough to save Greece from a defeat against host Germany at the FIBA Eurobasket 2022 quarter-finals. Germany won 107-96 and will play in the semi-finals for the first time since 2005. The hosts pulled away in the third quarter as their victory sets up a showdown with Spain in a […] 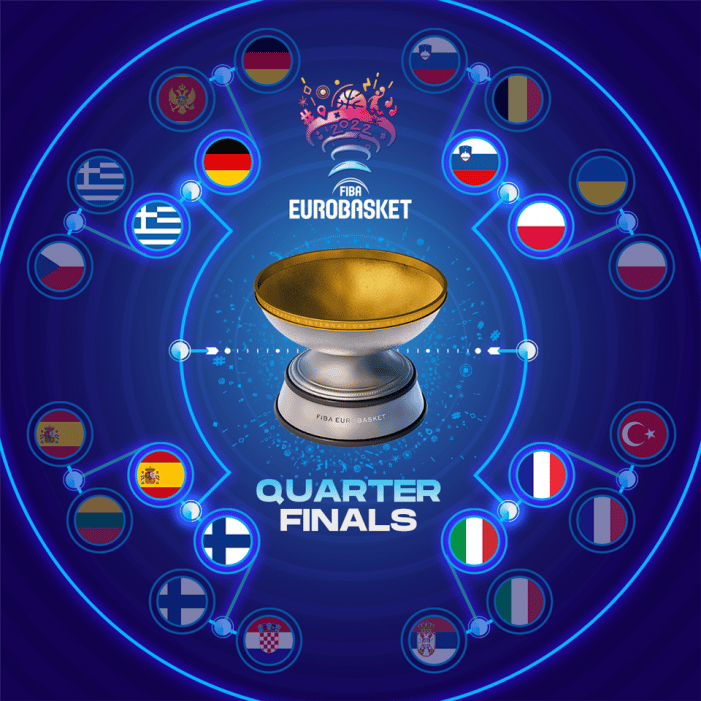 The Quarter-Final pairings have been finalized at FIBA EuroBasket 2022 after the Round of 16 was completed on Sunday. Greece, Italy, Finland, and Poland joined Saturday’s winners France, Germany, Slovenia, and Spain in advancing to the next stage as eight teams now remain in the competition. Reigning champions Slovenia continued their title defense with an 88-72 victory over […] 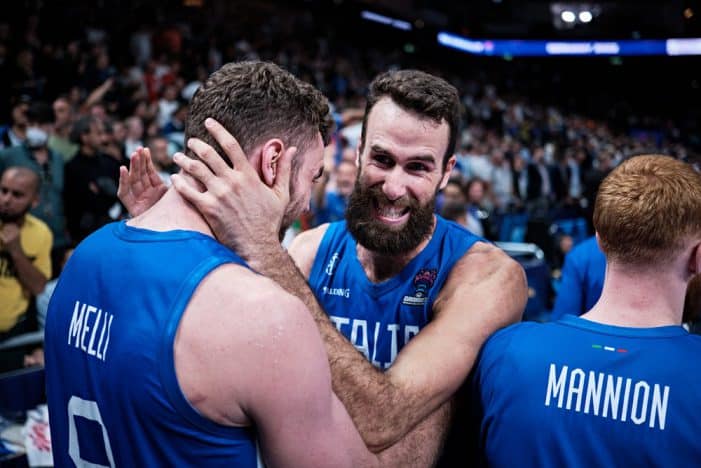 Serbia is becoming the joke of international basketball. Not because of the loss to Italy (86-94) at the FIBA Eurobasket 2022 but of the way it went down. It is the same recipe as always. The opponent focuses on 3-point shooting, and if the percentage is high enough, then Serbia loses. Against ANY opponent. When […] 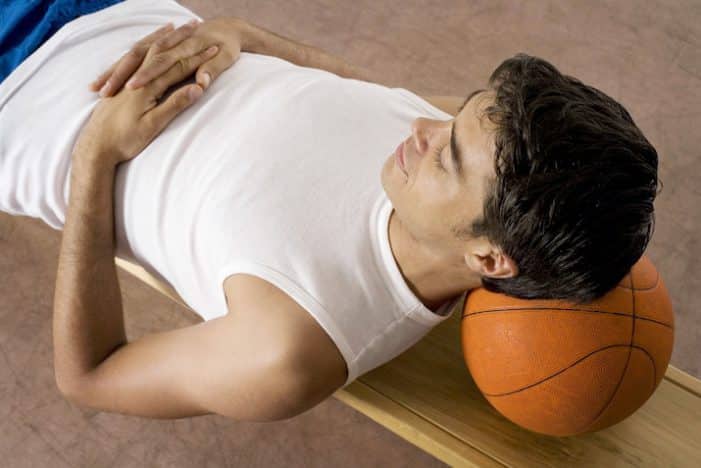 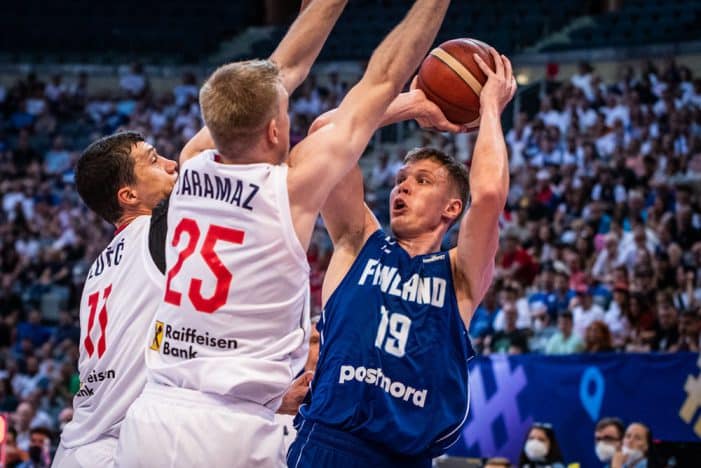 Backed by their 5,000 traveling fans and led by their NBA star, Lauri Markkanen, Finland hoped they could make life difficult for Serbia on Monday. The 2017 runners-up, however, responded with a statement win, 100-70, which lifts them to 3-0 in Group D and earns them a spot in the Round of 16. Svetislav Pesic still […]

Giannis Antetokounmpo spurs Greece to victory over Croatia at EuroBasket 2022 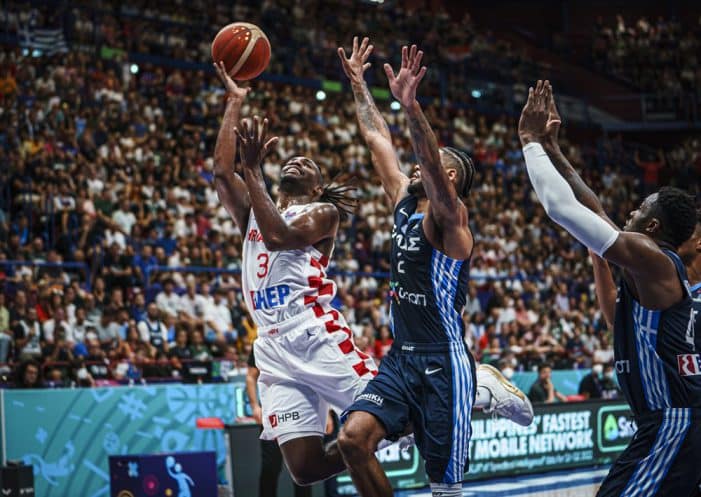 Giannis Antetokounmpo spurred Greece to begin their campaign at FIBA EuroBasket 2022 with an 89-85 victory over Croatia on Friday. It was a game of two halves, with a dramatic conclusion. An early 17-2 run propelled Greece as much as 40-21 ahead in the second period. Then a rally from Croatia, who was a perfect 6-for-6 from the […] 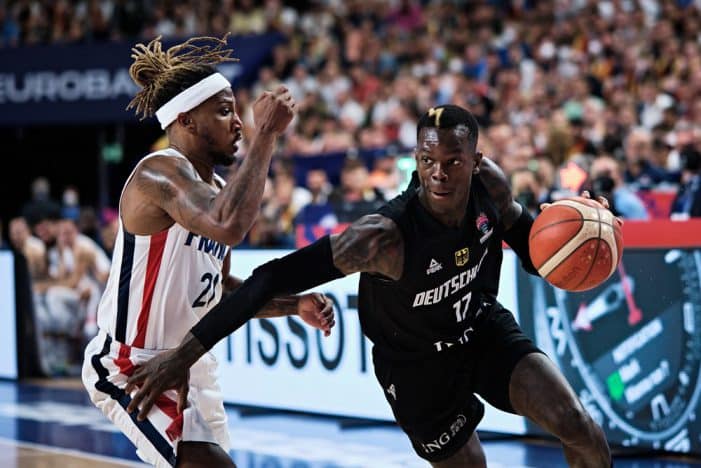 Hosts Germany withstood the high expectations on the opening night of the FIBA EuroBasket 2022 and fended off France with a crucial 76-63 victory in Group B. An emotional evening in front of a sell-out crowd of 18,017 spectators started with the German Basketball Federation retiring the number 14 jersey of Dirk Nowitzki. A trio of players with […]